The problem is far more prevalent that most American’s realize. The statistics reveal that a woman is 85% more likely to be the victim of domestic violence, with only 15% of cases involving male victims every year in the United States. In fact the statistics show that 1 in 4 women will experience an instance of domestic violence at the hands of their intimate partner. 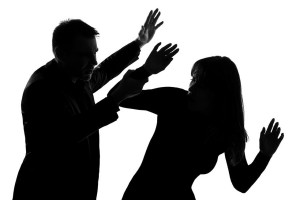 For more data on domestic violence, read “30 Shocking Domestic Violence Statistics That Remind Us It’s An Epidemic” by Alanna Vagianos for The Huffington Post.

Not all victims of domestic violence are married, and whether your relationship is a long term common law partnership or a marriage, there are steps you can take legally to protect your safety. And if you believe that the instances of violence will stop, statistics also show that three (3) women in the United States are killed every day as a result of domestic violence.

Why Do Abused Partners Stay?

Anytime there is a media report about a woman or man being killed as a result of domestic violence, people who have never experienced the circumstance wonder why a partner would stay in a relationship that was abusive. To many people it makes no sense to remain where you are being attacked and physically, verbally and emotionally harmed on a weekly (or daily) basis. But getting out of an abusive relationship is not as easy as simply “breaking up” with someone or filing for divorce. There are a number unique circumstances that make it difficult to leave.

If the parent feels that it is unlikely that they would be successful at attaining full custody of the child or children, they may stay in the relationship to ensure that they have access to the children. Parolee’s and people with previous legal convictions may feel that they will lose their child in the event of a divorce or separation.

Finances are the top reason why most women and men remain in abusive domestic situations. If they are under employed, have a low (or no) income and if they are burdened with high debt or bad credit, it may make the possibility of leaving feel virtually impossible. With no money and no safe place to go (or the means to go very far) many individuals remain in the relationship because they lack alternatives. It takes money to be self-supporting and good credit to even rent an apartment. If you have neither resource, it is hard to leave (no matter how bad things get).

Part of the cycle of domestic abuse is also mental or emotional abuse. The abuser is likely to belittle the partner and attack their self-confidence. A confident spouse will leave an abusive situation, but someone who has been told that they “cannot survive” without the abuser believes in time that they are incapable of getting out of the relationship or being self-supporting. This is not true, but it is an effective way to literally “beat” the confidence out of a partner and ensure that they remain in the relationship.

Some people think the problem will go away and that things get better. They rarely do. Studies show that assailants escalate both the frequency and the severity of the attacks over time, and more awareness is needed to help women understand that staying in an abusive relationship is life threatening, not just to themselves, but possibly to children and other family members.

What the Law in Illinois Can Do to Help

The Illinois Domestic Violence Help Line offers support and advice for abused partners to help them take action and remove themselves from a threating situation: (877) 863-6338.

In Illinois domestic violence can be committed by family members related by blood or marriage, ex-spouses or people who used to be married, roommates who share a home or dwelling, individuals who have a blood relationship through a child, former romantic partners (including same sex couples) and personal assistants and healthcare workers for individuals with disabilities.

In Chicago, Orders of Protection can be issued by the court which legally restricts someone who has been abusive to a family member or another member of the household. The order can range depending on circumstances, and an abuser can legally be ordered out of the home and forced to reside elsewhere. The abuser can also be restricted from engaging in public places including the workplace, school and other locations. Temporary custody of children (pending separation and divorce proceedings) can also be arranged and if the abuser is prone to using a weapon or owns a gun, he or she can be requested by the court to surrender all weapons.

A family law attorney can assist by helping you remove the abuser and improve the safety of the family, and help with divorce or legal separation, child custody and other matters. You can stop the cycle of abuse; there are both laws and resources to help you deter further acts of violence and to help keep you protected.